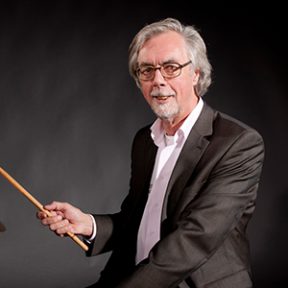 Eric Beijnvoort already played the drums in the sixties, being part of various rock & roll and beatbands. In 1975 he became a member of the CTJB which meant a "re-education" into jazzdrummer. "Less is more" was the philosophy during that period. The steady rhytm remained however and this is still the basis of the well-known Charlestown shuffle. Nowedays, Eric also manages the commercial activities of the CTJB. 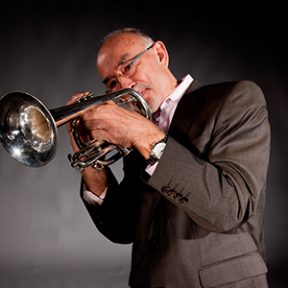 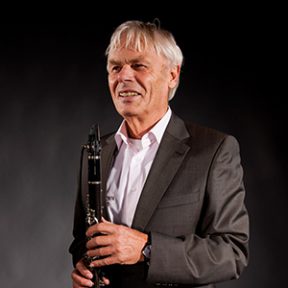 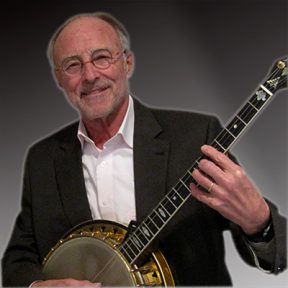 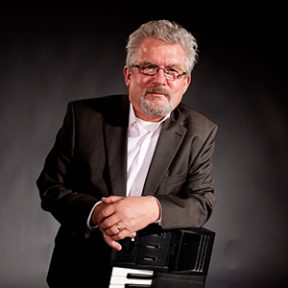 During the fifties and sixties, Piet Beyé played piano in the "first edition" of the CTJB. Later, he joined various other bands in the eastern part of The Netherlands and also made performances as a pianist-entertainer. Due to his ability to play and to improvise in many different styles and keys his decision to join the present CTJB was enthusiastically welcomed. He is greatly acknowlegded for his easy way of interacting with the audience. He is also the sales-manager of the CTJB. 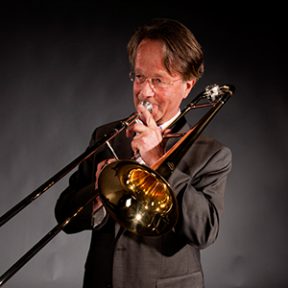 Pieter Duker’s challenge for playing the trombone in the CTJB is to match the sound, range, and dynamics of his improvisations to the varied repertoire of the band. Pieter, who founded the CTJB in 1968, is inspired by a wide range of interpretations on how to play this wind instrument. This varies from Chris Barber with his masculine and syncopic manner of playing in predominantly the lower and middle registers to Urbie Green with his lyrical and symphonical manner of playing in the high register. 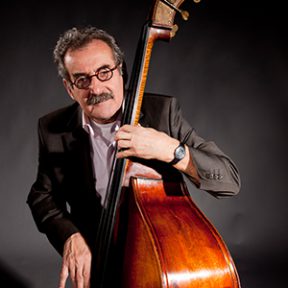 Rob Egging started his musical carrier after he stopped playing soccer at the age of 34. Stimulated by his friend Henk van Amerongen. He showed him how to play the bass guitar. Finally he started to study how to play the double bass and since December 2000 he joins the band. Because of his enthusiasm, charm and passion he is a well appreciated member of the CTJB. He also is taking care for public relation and acquisition as well as keeping this website up to date.